I'm splitting the images from Jaipur

Jaipur was where we stepped out of the bubble and into the street. However we also saw a lot of stuff while we were there, and in addition the hotel was quite spectacular.

These images start with the hotel, move to the Mantar Jantar and then finish with the Maharajah's palace. There's about 50 in all, in several groupings. If you get bored with the sameness of one type then move on to the next.

A quick word on image credits. While I took a lot more photos than Chris, there were times she got shots that I didn't or sometimes took a better pic than me of a subject. All her images were identified with a 'C' in the image name before uploading, but photobucket seems to have stripped that out. They are scattered through all the India albums. There will be quite a bit of similarity in appearance because I've done all the post-processing on her pix (including cropping, perspective correction and rotation). Some of her pics are really very good - an example would be the 3 'servants' in white uniforms and red turbans (below) and I've been glad to be able to include them. 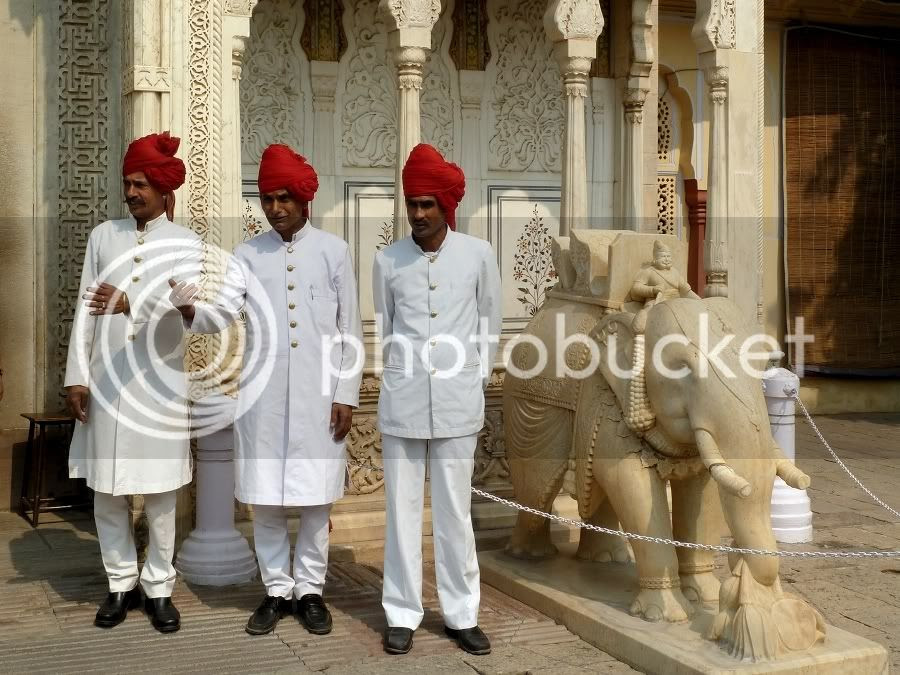