This is a new starwars film, just released the day before.

Gonna be crowded we thought, and the cinema did not allow seats to be booked for this film, so we got there 20min before the program started instead our preferred 20min after (to miss the adverts).

There were probably 10 people in a cinema designed for 150+.

And that was probably about right. Sad to say, I think Starwars has really run its course, and I'm glad we didn't bother with Rouge 1. This wasn't meant to be a whinge-fest, but OTOH if you have £30 in your pocket there are probably better uses than 2 tickets for this film.

"It's a little chewie"

*edit*
A couple of other points sprang to mind while I was away from the computer:

There were times when the dialogue was very indistinct, and we occasionally turned to each other to ask "what did he just say?" - this isn't really good enough for a modern high-budget film with all kinds of clever audio processing going on.

The female lead's name is Kiera. We've had Luke, Ben and we've got Han and Chewie in this film. She is always called Kiera in the film, so who is this Qi'Ra character? Stop trying too hard.
at 11:14 pm No comments:

Like many, I dreamed of the idea of a computer I can speak to and interact with. But like one of the commenters in the link above, not all of my dreams were intended for broadcast to anyone else.

As a child I imagined technology serving mankind, making life more and more amazing, opening previously unthinkable possibilities and opportunities while solving poverty and health problems. The reality is that technology is primarily designed to make money for enormous corporations and key individuals, using the buyers as the product. Yeah, tinfoil hat time. Mankind does benefit enormously from IT, but like everything people touch, there's always a mix of the clean and the corrupt.

Following up on the 'Stupid dilemma' I had recently, I bought a Chinese brand Xiaomi (apparently pronounced sh ow me) phone. The phone came without the often mandatory Facebook spyware that apparently logs user data even when they have no connection to facebook at all, but did have a lot of their own applications that all wanted access to things they had no business touching (why does the cleaner app need access to my contacts, the ability to send messages and make phone calls etc?).

I wonder where we'll be in 10 years time, and whether there will be a tension between worldwide energy consumption and cryptocurrency mining? I'm not paranoid (are they out to get me anyway?) but it looks to me like there's a trend and shift in culture going on.
at 11:04 am No comments:

GDPR or why Britain isn't suited to being in the EU.

The European Union is enacting a piece of legislation to do with data protection and ensuring that businesses really have been authorised by the public to hold information and send them spam information. Most of us in blighty have been pestered in recent weeks by businesses wanting us to confirm our desire to remain in contact so that they are legally compliant.

Pestered by BRITISH businesses, that is.

Many in my industry have connections with European businesses, and as a colleague pointed out this morning, none of the Euro businesses have been in contact.

This is EU legislation - not British, remember.

While it's no surprise at all that the rest of Europe doesn't give a stuff about the rules Brussels invents (except when it's about privacy issues and data going to the US, or British products being sold in Europe) the difference in compliance is astonishing. As a European I like the effectively borderless Europe, ease of travel, customs-free purchase of goods in the EU etc, not to mention the trade benefits. But the rest of Europe takes the pee when it comes to regulations they don't like, while this country just nods acceptingly and applies the regulations to our own hurt.

It seems our family is a little larger than it once was.

This is Alfie (with his dad). 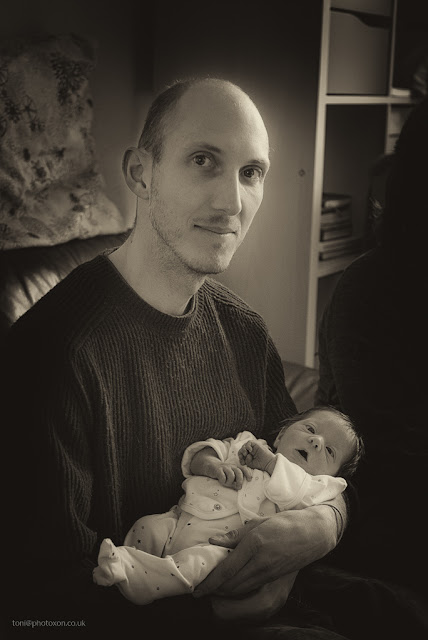 Now to discover what being a grandparent is about.
at 4:11 pm No comments:
Newer Posts Older Posts Home
Subscribe to: Posts (Atom)