Invest in friendships - or evolution can teach the church something?

A couple of min ago I was reading this BBC article about the need to maintain friendships and the manner in which lockdown has affected friendships in society.

The church we are involved in has become missional, 'seeker-sensitive', following a chaotic pattern of variable meetings across the month (at least there is some kind of pattern). Over the last couple of years I've found myself feeling increasingly isolated, disconnected and unable to talk about things that matter to me or concerns that I have when we come together. Plus there are concerns about the leadership - not integrity, but certainly understanding, ability and to a degree intention - and it really doesn't feel like the family that I've invested in over the last 3 decades.

So to the article.

It talks about digital contact not being a satisfying replacement for meeting, but TBH the adoption of digital contact during Covid has simply clarified the feeling I have of no longer being connected. And rather than being unsatisfying, and I've actually been pleased not to be seeing people. Partly it's down to the pleasure of a Sunday actually being - potentially - a day of rest instead of another day of service and chores that are different to those you normally do. But only partly.

The seeds of this were being sown consistently over the last few years. We've both had significant concerns about church direction and questions have been asked: to which extensive email replys have been sent which were not especially helpful.

I have concerns about becoming my grandfather, who was *that guy* in various churches over the years for whom things were never right. He would be a thorn in the flesh of various church leaders, never settled, never happy, never being valued, never bending. I've certainly been enough if an 4rse at times (memories DO make me wince occasionally) though never intentionally to cause people pain or hassle, and it's often been when I've been very much between a rock & a hard place. But I absolutely don't want the role of disaffected rebel or 'angry watchman' - there is no reward in that.

So what's the connection to the title?

The deep friendships are the ones that might save your life, and need real, meaningful contact to establish and maintain. The shallower, simpler, more outward-looking we get the more stretched and weakened can become things we do that would otherwise help maintain the friendships. And if you know the bridge/truck metaphore, then the weaker the bridge becomes. I realise that a lot (probably almost all) my church friendships are BECAUSE we're part of the same church, and not because I would choose to spend time with those people of my own volition (or them with me).

And when that happens who will you talk to about the things that are important but difficult?

This makes my head hurt.

Thinking about visiting Athens at some stage in the future, so I started investigating ways of travelling into the city from the airport. It turns out conveniently that there is a metro line that does the 20+ mile journey and there are discounted tourist 3 day cards available. "What do those cards include?" I wondered - then attempted to read the FAQ section.

Only the Greeks* could create a section of answers that creates more questions.

I am also developing a distinct liking for package deals where all you have to do is present yourself at an airport and someone then ensurers you don't get lost or come to harm for the next 2 weeks. Actually that's not really true - I loved our India trip for Carol's wedding and the various trips we've done around the world - but sometimes the origanisation just feels like a big 'ol mountain to climb. And I'm also a little hesitant, having carefully organised the previous trip to Lesvos for Greek orthodox Easter that had to be canned, to heavily invest time, energy & money in ANOTHER trip that also gets canned.

We've not really had a break this year, and although I did take a weeks leave last month, it was to do painting & decorating, rather than rest & relax. We'd just like a break now.

*I know that's not really true, but let's go with the sentiment, OK?

Speed boost on a budget?

So my dear old Dell XPS is more than 6 years old now. It was a well spec'd machine when I got it, with quad core i7, 16GB, SSD etc and it's not disappointed me. But recently it's felt like it's been getting a little slower, getting hotter, working harder than I remember. I've been having to close all applications and do a proper re-start to clear memory before doing any Lightroom work, and when I exported images into another program like silverEfex of On1 then the fans would wind up and it would struggle a bit. Made me think than another year or 2 it would be time for an upgrade.

Came across an article recently about thermal paste drying out & becoming less efficient after a few years, and it made me wonder. Came across an offer for Arctic MX2 thermal compound, then read up about XPSs and thermal throttling & it seemed like a good idea to remove any internal dust & replace the thermal compound. Took all of about 20min.

Now it's like a new computer when under load. I've been editing & uploading, got lightroom, On1 Photoraw, Luminar and firefox open at the same time & the fans have just become audible - before they'd have been whistling away by now & everything would be a little laggy through throttling. There's a fair bit of heat being generated, but the fans are just one notch above baseline. This has to be the cheapest peformance boost I've ever seen, and if you can't tell, I'm seriously impressed.

You know it's an old computer when

as you wake it from sleep it makes a distinct mechanical clunk from inside the box as the HDD is initialised and the head moves off park.
at 9:40 am No comments:

Mummy, mummy, why is the living room carpet all reflective?

Because it's under water, darling. That's why.
Been here 30 years, and this is our first flood. The water came from the tremendous rainfall yesterday evening, seeping up through the floor. At least we managed to stop the water reaching the kitchen. Hopefully the insurance company will be helpful. 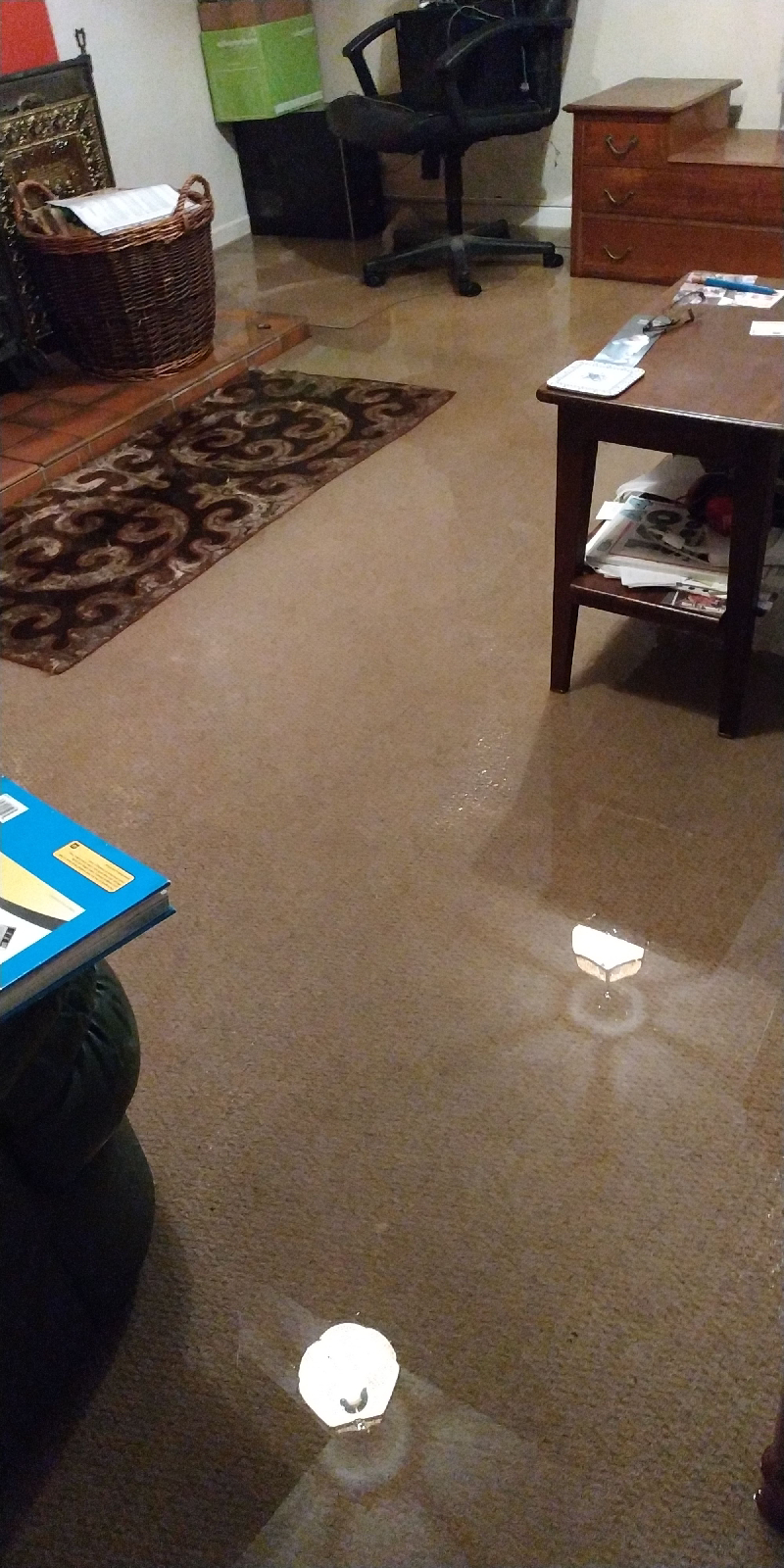 Got into work and started the computer. There was a time when having it play "good morning Dr Chandra" on startup seemed cool, whereas now it would just be odd.
at 8:39 am No comments:

It's about 30 out there, and brilliant sunshine - glad I ran yesterday evening.
at 1:16 pm No comments:

Shopping in Tesco, where they're playing back to back stuff from an era that sucked musically. Culture Club, Spandau Ballet, Madonna etc. Lawd, it was awful. Looking forward to finishing here. 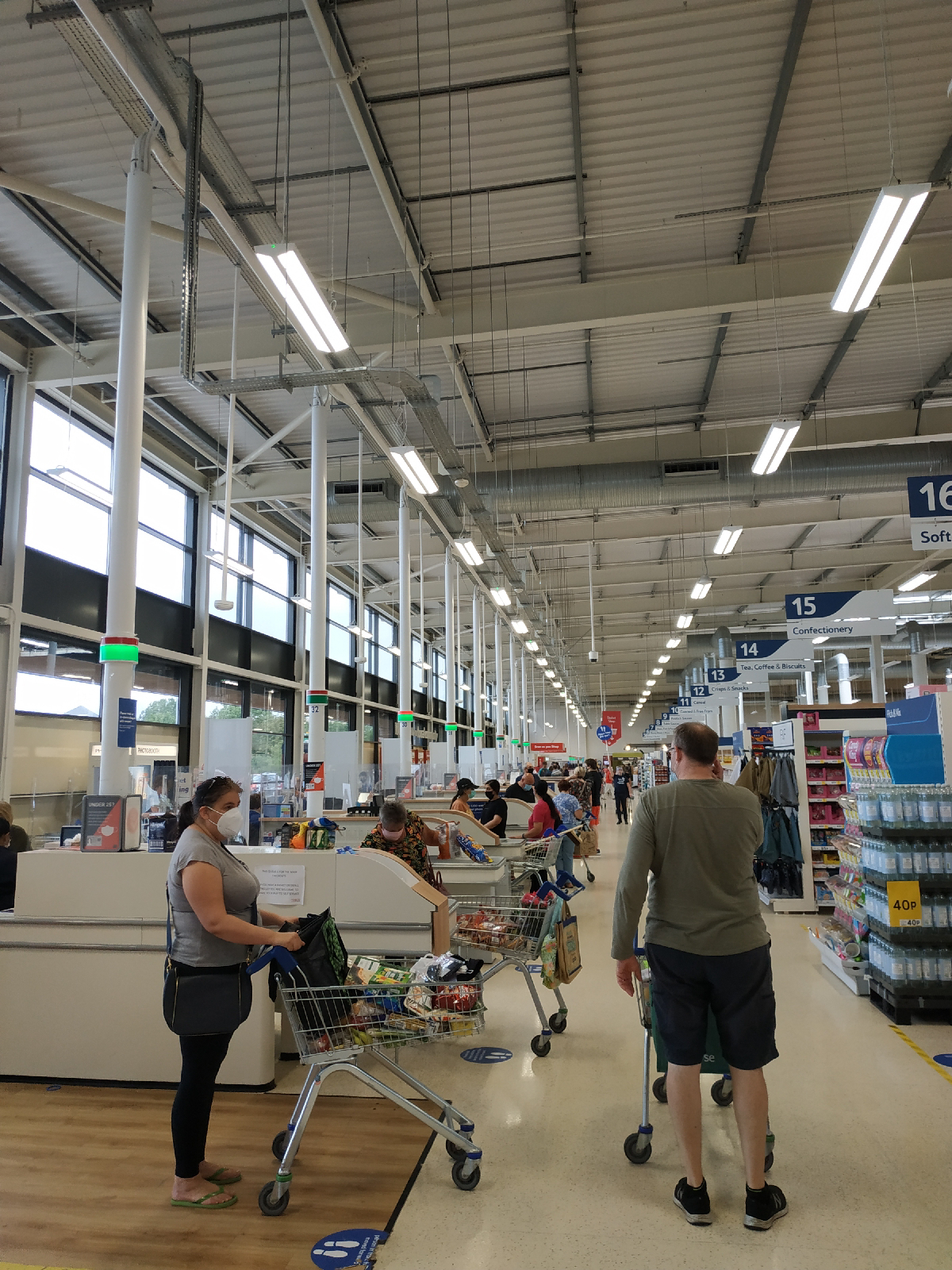 at 11:01 am No comments:
Newer Posts Older Posts Home
Subscribe to: Posts (Atom)