I'm an Android user, but I like to identify as an iPhone user.

Yesterday was also a nice day, where we had a morning out together in Oxford with a bit of lunch. Over the last few years, church has been increasingly something which took away rather than adding to energy and enjoyment, and Sunday felt like a day of chores after which there was no energy to do anything.
at 8:47 am No comments:

is a trapped nerve in my right arm/shoulder, likely cause by laying on the floor working at awkward angles yesterday. I can barely lift my right arm, and the pain makes me gasp - getting dressed was 'interesting' as was sleeping, and I can only type because I can rest my wrist on the laptop. I leave you to imagine some of the other areas that might be impacted by this. 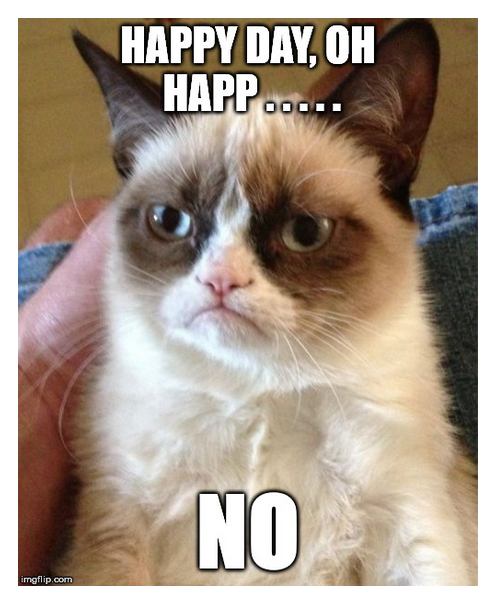 Thanks to imgflip for the meme generator.
at 10:11 am No comments:

Today I had a strong reminder of how it felt to be in my 20s again.

When we had no money and I used to do stuff like fit bathrooms and kitchens in our house.

A while back we asked a plumber friend (professional, qualified, full time business) to replace a couple of taps and a waste in our bathroom sink unit, which we wished to keep. However the taps were old and the fittings holding everything together were a bit corroded and reluctant to come undone with everything in situ - he had a go, but couldn't shift joints & suggested we had a nice vanity unit fitted instead.

The answer was 'obvious' old skool - just take the unit off the wall to get better access to joints and where they wouldn't cooperate then apply brute force or a hacksaw.

To a 57 year old who hasn't done any plumbing work to speak of in more than 10 years, it took an hour to get everything off the wall and in bits - not really any touble at all - but then 2 hours to get it all back and leakfree (it all had to come apart again because the new waste leaked - seems OK now) which was annoying and a sign that I really am out of practice.

In a way I'm pleased that I can still do this stuff, but I'd have preferred him to have done it first time & just taken an extra hour over it. And I have a headache, just like I used to get from doing this stuff. There's something about mechanics that requires just as much mental agility as designing tests to measure billionths of a gram of protein, and those cranial demands make themselves felt.

Or spending money makes you want to spend money.

Back in mid February I was unwell with, as it turned out, a nasty chest infection that took about 6 weeks to clear. With time on my hands I became aware that cameras had moved on from my slightly older system (picked up used in Dec 2015) and had become increasingly frustrated with its poor focussing and fixed rear screen. In an uncharacteristic moment of madness and spending, a used Sony A7III and then a (grey) 24-105 lens arrived and most of my Nikon stuff got sold off.

I won't particularly review the A7 other than to say in the areas I was looking to improve the over Nikon it's outstanding. AF is instant, and with the Sony lens quite silent, and the rear screen flips out nicely for photos at ground level. The 'eye-AF' funtction is astonishing with the way it finds an eye in a face and keeps it in focus, even finding it again if the owner turns away & then back again. And it's a darn complicated little beastie if you want to change a setting from a menu).

But there was a brief bump in the road.

Trying to find a cheapskate budgety way of making things work I picked up some used kit in the form of a Samyang 50mm f1.4 lens - really nice for super-shallow depth of field and super-soft bokeh - plus a Sony adapter that allowed me to use my older Minolta fit lenses and get autofocus BEFORE I bought the 24-105. While they were nice, didn't work that well with the cameras AF system, and they also weren't 'free' so I ended up selling them for what I paid to fund the other lens.

Now I remember what I've just had, I'd quite like it again please. :p  Only not yet.

Something I liked about the Nikon outfit (apart from the easy traditional and very simple handling) was that I had pretty much most of the lenses etc I could use. Now I'm back at, if not square 1, then in the early stages of building an outfit again. Patience is required. And contentment. 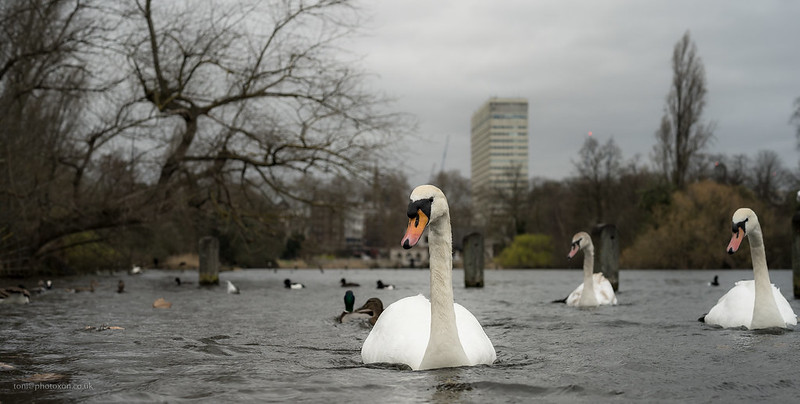 And using the 24-105 on a much nicer, sunnier Oxfordshire afternoon. 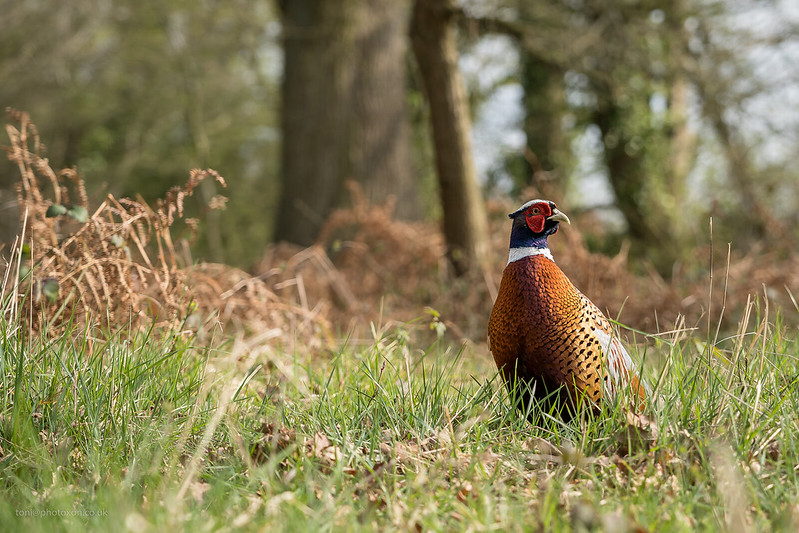 We have just had snow.

Not much, but it was definitely particles that fell too slowly for hail but we're too dry for sleet.

Today I have sore fingertips

Yesterday morning I pretended to be James Herriot, unblocking a drain. There was a sharp object somewhere in there, and I managed to slice directly into the tips of 2nd and 3rd fingers. There was no pain at the time, but typically it's now open and sore. 🙄

In amongst the propaganda from the BBC about Brexit and LBGTQC(onfused) rights there has been a 'good news' piece regarding a woman who doesn't feel pain. It seems she has a particular genetic arrangement that helps her to not be aware of pain (comments about smelling burning flesh when touching hot metal, enjoying childbirth have been bounced around) and there has been some analysis done before all this hit the headlines.

This also coincided with the headline that twice as many people are using anti-depressants now compared with 10 years ago. I also seem to know far more people now who suffer serious depression than I ever did 30 years ago, depsite having somewhat suffered it myself.

On the radio (4) last week they had 'an expert' talking about why this particular person didn't feel pain as others do, and a part of it was raised canabinoids produced by her brain and a general disposition to happiness. Now the interesting part of this conversation started when the expert began to talk about happiness and the things that make people disposed towards being happy or unhappy/depressed.

A couple of key things that came out were extrovert personalities and certainty made depression less likely, while introvertion and uncertainty made a person more likely to suffer it.

This is interesting in the light of how society has been changing for quite some time. Certainty has been unfashionable for a long time now, with the post-modern backlash, and 'generation snowflake' seem opposed to anything that doesn't align with a nebulous set of all-permissive ideals. Speaking personally, I know that when I had assurance and felt certain about stuff I was far more positive and life looked much better, while over the years I have become far less likely to want to interact with others.

I'm sure my view is skewed by my own preferences.
at 10:32 am No comments:
Newer Posts Older Posts Home
Subscribe to: Posts (Atom)