As a child - quite a small one - I had this model yacht. Originally it came with 2 masts and pairs of sails like a sailing ship, but that was dumb and ineffective. My father made a new set of masts and rigging using tools and materials from the modelshop he ran, and although it never sailed well, it did at least look the part.
Move forward almost 50 years, the mast he made got broken somewhere along the line, and I'm now doing reconstruction to make it workable again. Most likely it will end up in the bathroom as a decoration, but I know a couple of small boys who may get to try it in a few years time.
It has just occurred to me that my father was probably younger than our son is now, when he did this. I don't often miss him (he's been dead more than 25 years) but this is a time when I do. 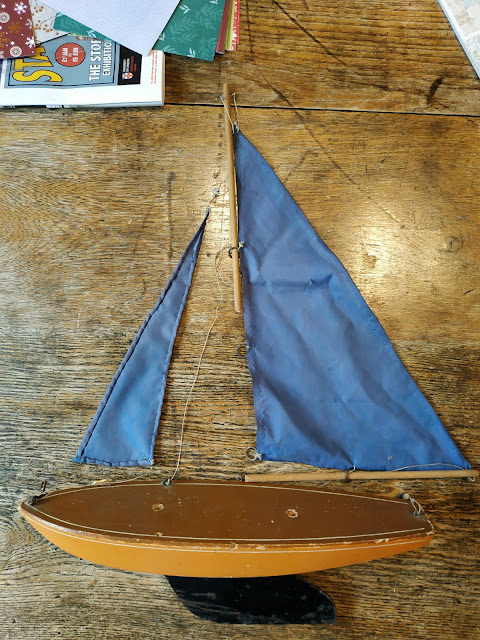